Review for smartphone BQ Space X: it would seem, what does Elon Musk? 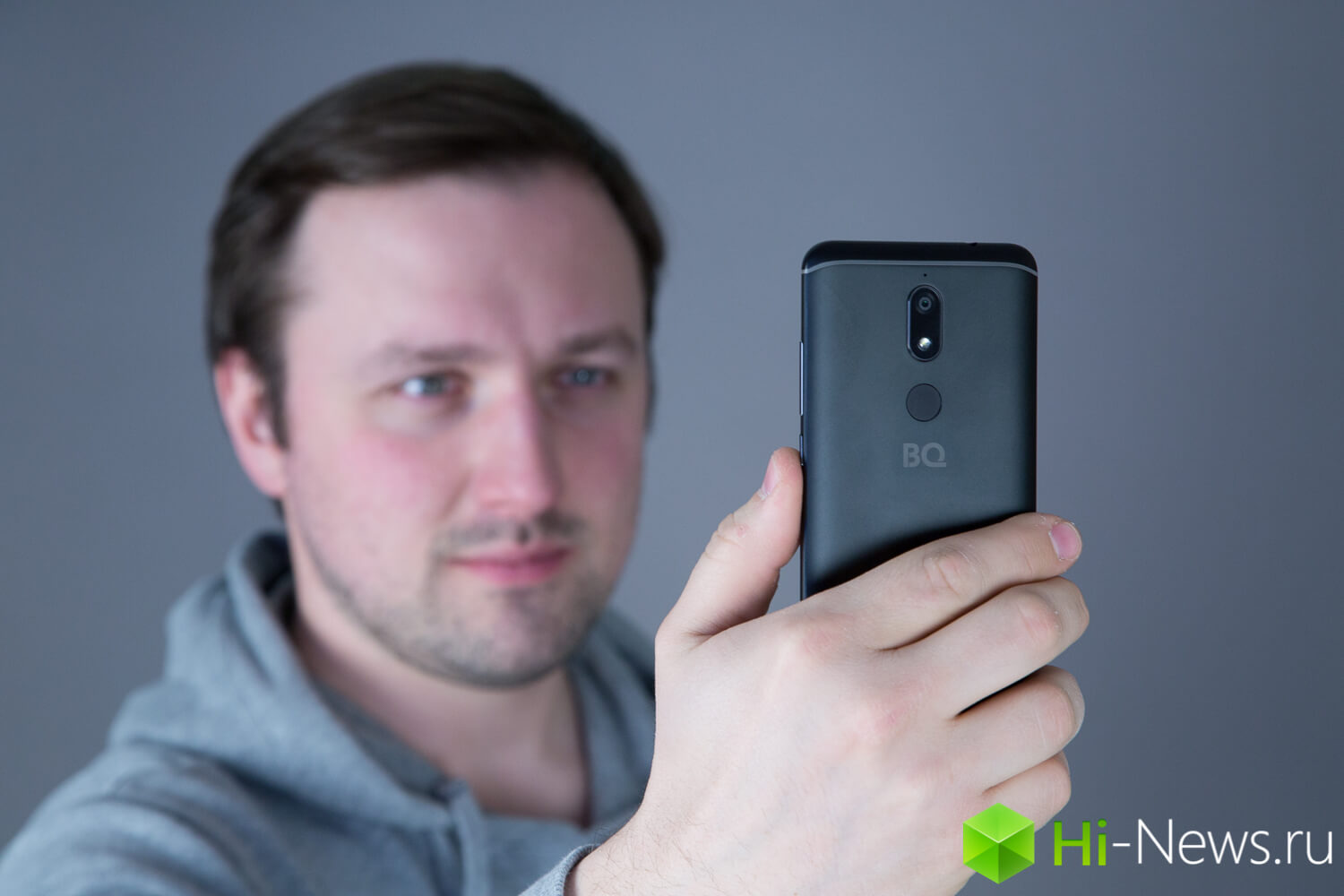 Budget smartphone in the Russian market now is probably too much — so that to understand this range becomes more complicated. Compared to other beneficial are smartphones from well-known company BQ, because in terms of price and quality are the best devices. And today let's talk about another one of its smartphone — that is, we will not conceal, attracted our attention by its title. But as it turned out, he really has something to offer.

Generally, the model number BQ smartphones line Space — is not exotic, but with a new device, the manufacturer decided to radically change the approach to the design and capabilities of the smartphone. I have to say to Elon musk and his famous company the device does not have any relationship, though... to call it "space" can. At least a few interesting features we found.

But let's start traditionally with the box. It is made in the corporate style BQ and consists of two parts: the first moves out to the side, and we are still facing the box with your smartphone.

Included with the device is the charging adapter, cable micro-USB (yep, not Type-C, but at a cost of about 14 000 is forgivable), clip to extract the SIM card from the tray and a coupon for purchase of accessories at a discount. Nothing superfluous, but at the same time. Someone will say, "you could put your headphones", but given the quality of the accessories that usually are included with state employees, it is better to do without them.

The Rear bar BQ Space X is made of aluminum, top and bottom placed plastic inserts for the antenna. Located in the middle chamber, and a special fillet strips separate the rear wall from the plastic inserts. By the way, the camera looks like a double but is in fact the second "camera" — is a flash.

On the rear panel there was a place and a fingerprint scanner, which works not too fast but accurate, but the display boasts the minimal framework and rounded edges. Above the screen — led indicator.

MicroUSB Connector for charging is on the bottom, the 3.5 mm ports for headphones — at the top, a tray for SIM-card on the left, volume buttons and the inclusion of — right. The textured Power button, until it is convenient to reach, it is not necessary to shift the smartphone in hand.

What makes it "space"

What really surprised — is the ability to unlock the smartphone using a fingerprint, and face. Yes, fast this process will not name, but works all by analogy with a well-known flagship of the American manufacturer, and it's amazing. Unlock works, of course, slower than him, but speed bypasses the device Korean companies. This feature became one of the chips Android 7.1.2, running on BQ Space X.

Besides being located on top of the sensors face scanner smartphone selfie equipped with dual camera 20 MP and 8 MP. Thanks to this supported a selfie in portrait mode and wider angle with a viewing angle of 120 degrees. Really helps when you have to take a big company of several people.

The screen size is 5.7 inches, though the resolution stopped short of the Full HD — here is 1440 by 720 pixels at an aspect ratio of 18:9 (frameless, how could it be otherwise?). The display has 2.5 D round and is made by technology IPS. AMOLED for the money it would be strange to see so content with what is.

About the capabilities of the cameras is to talk separately. The front camera has a flash, which is really cool for selfies in low-light conditions. The quality of the pictures, of course, in this case leave much to be desired, the dark is not the camera's strong suit.

Module main camera 16 MP gives quite a decent and detailed images, however shooting overall plans in low light do better than the subject for good. Phase detection autofocus enables fast focusing on an object.

Modes have to be both primary and front camera. Portrait mode main camera works well, although sometimes "diluted" with a special predilection for selfies and a special mode for "beautiful face" (don't be surprised only that after selecting this, the shutter button will turn pink).

Generally, when shooting here need to learn the Golden rule: "hand will not tremble — photo quality". We've seen a lot of smartphones in this price segment and I must say that the camera is the BQ Space X — one of the best in "the shop". You can see for yourself in the photos below.

Powered smartphone Snapdragon MSM 8937 with a frequency of 1.4 GHz. The processor is not the top, but it in turn has a positive impact on autonomy. But RAM is as much as 3 GB. Internal memory is 32 GB, but to extend it with cards microSD another 128 GB. Here's the performance numbers in benchmark tests.

The Battery capacity of 3000 mAh provides quiet day battery life in active use, with the average smartphone can "live" for a couple of days. Hands-free speakerphone, and 3.5 mm port is not ashamed to connect not even the cheapest headphones — the sound quality is very good.

BQ, perhaps, able to make one of the best smartphones in its class: frameless screen unlock face, double wide-angle front camera, rear camera with support for portrait mode — and that's not all chips, which is worth noting in this device. Most importantly — the price of 14 000 rubles, which looks very attractive against the background of proposed options. In space, of course, will not fly, but the pleasure of using is guaranteed.

Startup by air from San Francisco unmanned cargo drones that can carry up to 70 pounds a distance of up to 300 kilometers. According to the developers, their offspring will allow to solve problems with the delivery of humanitarian...

US Marines will print drones on the spot

Aleph Objects, the Company has developed a portable 3D printer that, thanks to the specialists in the field of aviation and innovative materials, participating in the development of special software, may be the first device that t... 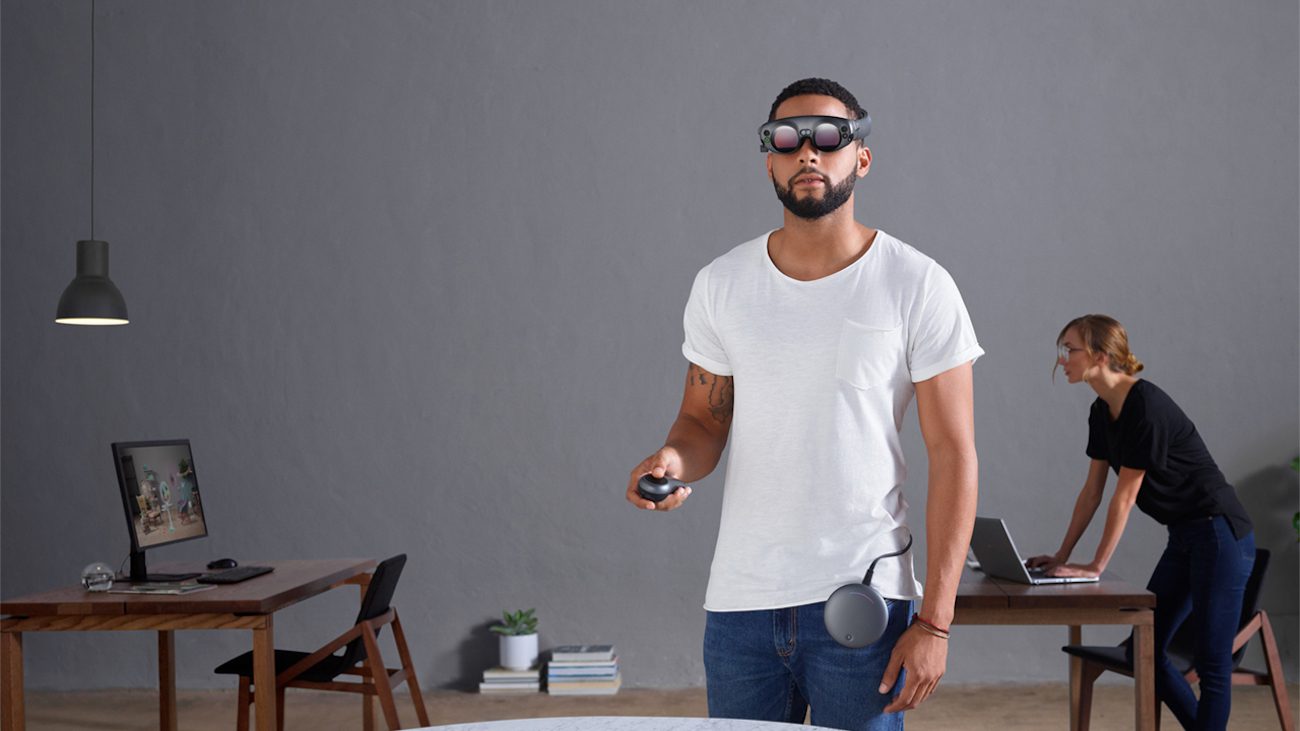 In recent years, more and more companies are becoming interested in augmented reality. But one of the most promising start-up Magic Leap, which for several recent years was conducted in the utmost secrecy. Enough large investors l...