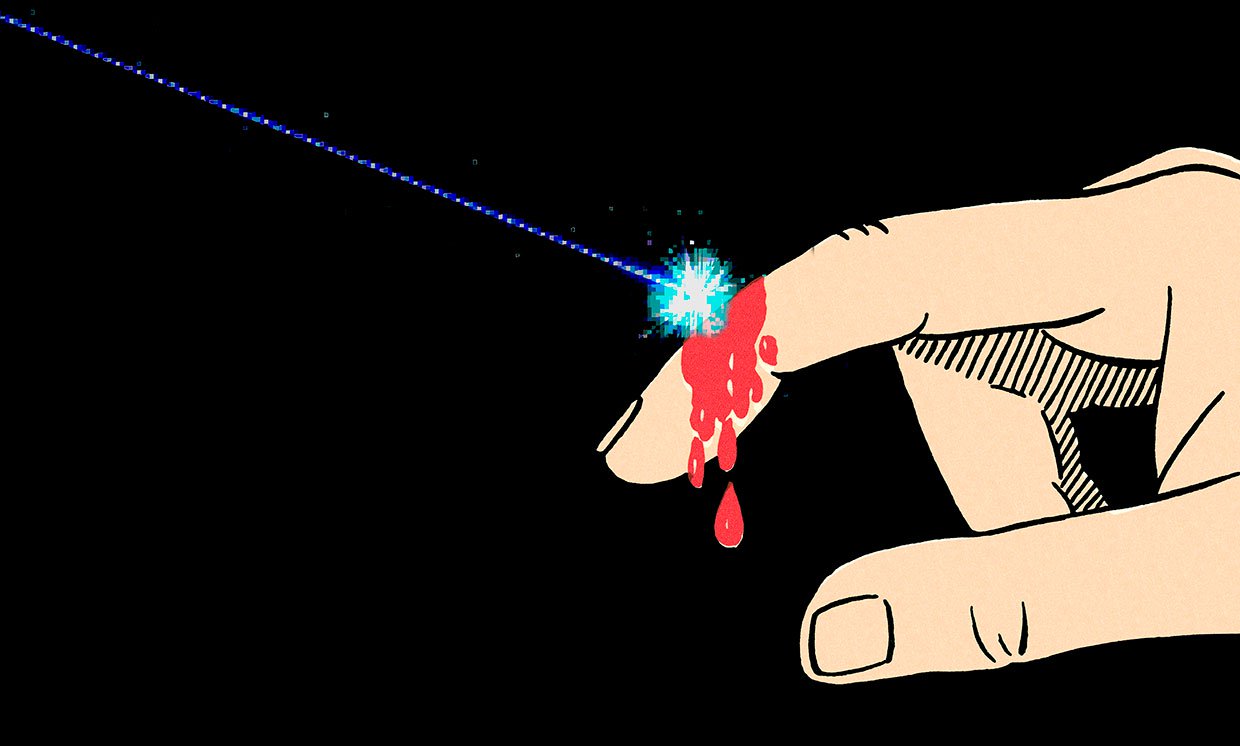 Technology from a sci-Fi universe of "star trek" continues to penetrate into our real life. We have already read about the medical tricorder, heard about the development of the warp engine, been evaluated by food printers. Now it's time for a "skin regenerator" — this small device that is able to heal wounds and burns and restore the original structure of the epidermal tissue. Scientists from the University of Arizona under the guidance of Kausalya the Reg just are developing similar devices.

The article published in the journal Advanced Functional Materials, the researchers talk about the successful restoration of the damaged tissues of the skin of animals with nanoparticles of silk and gold with the use of laser beams. In the framework of experimental verification of the technology made it possible to quickly heal the damaged soft tissue of the intestine of the pig, and the damaged area of the skin of the mouse. Scientists say that in the case of the intestine of the pig created by the scar uniting the two sections of damaged tissue, was almost seven times stronger than when using the conventional method of sewing up wounds.

Scientists say that when the use of conventional recovery techniques, e.g., sutures, medical glue or staples quite often the wounds can open up again, slowing down the recovery process of the tissue. Their development promises to eliminate this problem.

"We try to develop a more rapid method of bonding a damaged tissue and quicker recovery," — said Dipanjan Ghosh, co-author of the study.

from Left to right: comparison of the condition of the wound after the use of conventional suture, medical adhesive and laser 0 and day 2 after injury

When using the "healing" of the laser beam must be focused at the wound site. In fact, the beam is no cure, it only triggers a reaction that leads to rapid healing of wounds. As a bonding material scientists use gold nanotubes encapsulated in a matrix of silk protein, extracted from silkworm cocoons. Placed on the skin protein called fibroin that forms a bond with collagen, the protein forming the basis of connective tissue between skin cells. When exposed to near-infrared radiation on gold nanotubes, they produce heat, which makes the protein of silk to create a new cellular connection, thus forming a firm connection between the damaged sections.

Used the length of the laser near infrared range of approximately 800 nanometers. This is enough to heat the gold nanoparticles, but it isn't dealt any damage to the skin.

The Developers have created two types of healing "sealant": one for wet environment, are not absorbable by the water, the other for a dry environment, which restraurants under the influence of water. First, the researchers tested in the healing tissue of the intestine of a pig. After applying a healing substance, the researchers noted that the strength of the fabric in the place of healing turned out to be seven times stronger than when using conventional sutures and medical glue. According to gosh, restored the fabric is completely usual way as intact.

The researchers Then tested healing substance to a dry environment, causing his skin laboratory rodent. Applying the paste on the cut and checking the wound after 2 days, the scientists noted significantly higher efficiency of healing compared with medical staples and glue. In addition, the process of applying and running took very little time – about four minutes.

Since near infrared light can penetrate deep into the tissue, Ghosh and his colleagues hope to use their technology to restore blood vessels and nerve channels of the tissues, usually located deeply under the skin, the recovery of which takes significantly more time compared to normal tissue.

"Stitching nerves and blood vessels is generally a much more complex task even for very skilled surgeons", — says Ghosh.

Scientists believe that the value of silk and gold material will not be excessively high, but the main costs of medical centers in this case will fall in the laser equipment.

Currently, scientists watched as a laser-activated medical sealant behaves in the body of living rats. If tests are successful, scientists plan to go to the pigs, and then finally to the people.

To Discuss the development . 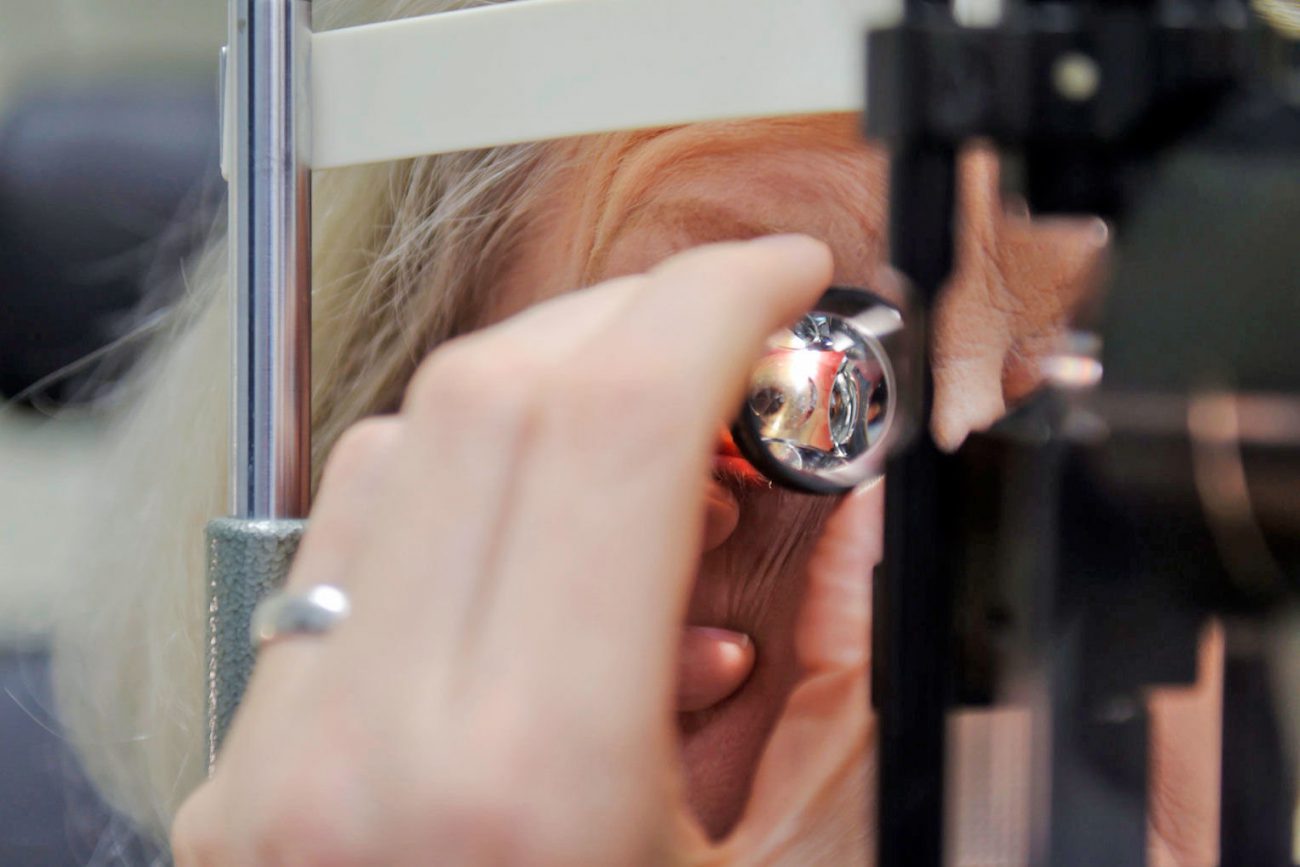 Glaucoma is one of the most dangerous eye diseases that lead to blindness. The fact that despite the existence of mass types of therapy, they only ease symptoms, but cannot cure the disease completely. Continuously we are searchin... 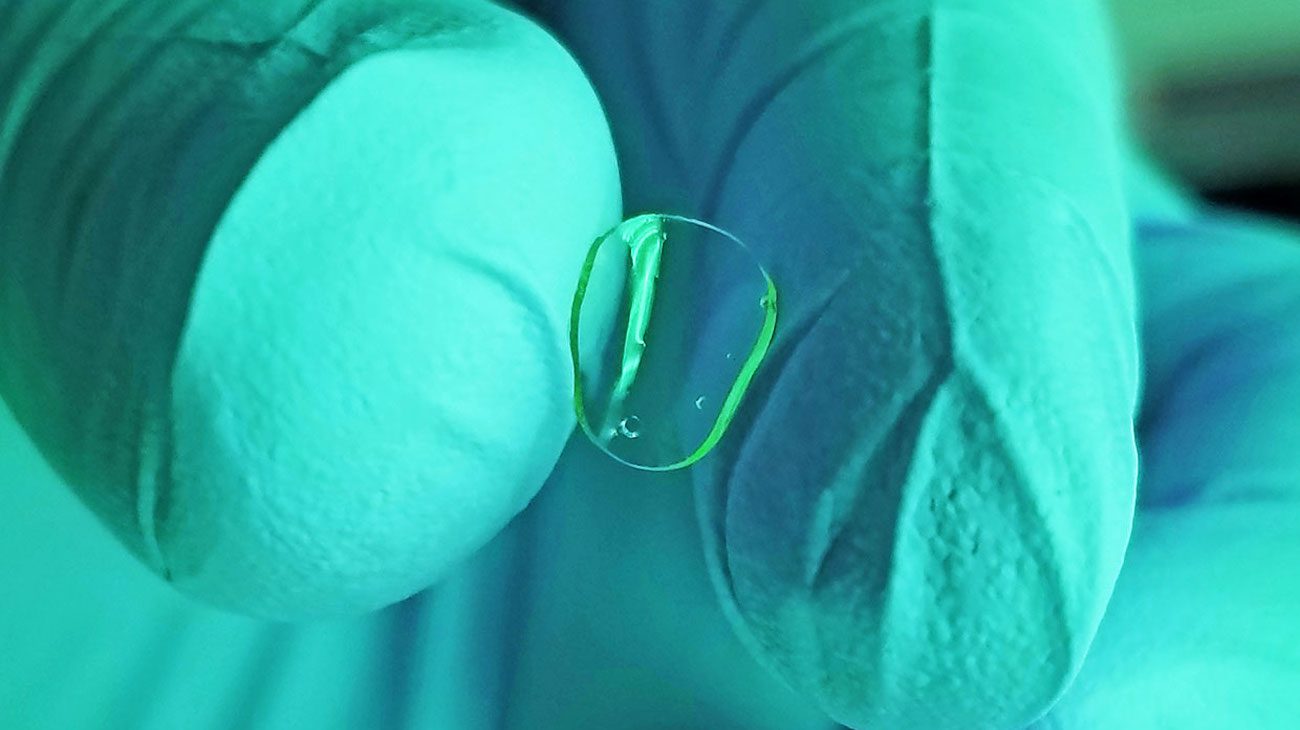 The first artificial cornea, printed on 3D-printer, ready for transplantation

the Cornea is — this is an extremely important but very delicate part of our body. It is very easily prone to injury and various diseases in which a person can lose vision. The question of creating an artificial cornea scien... 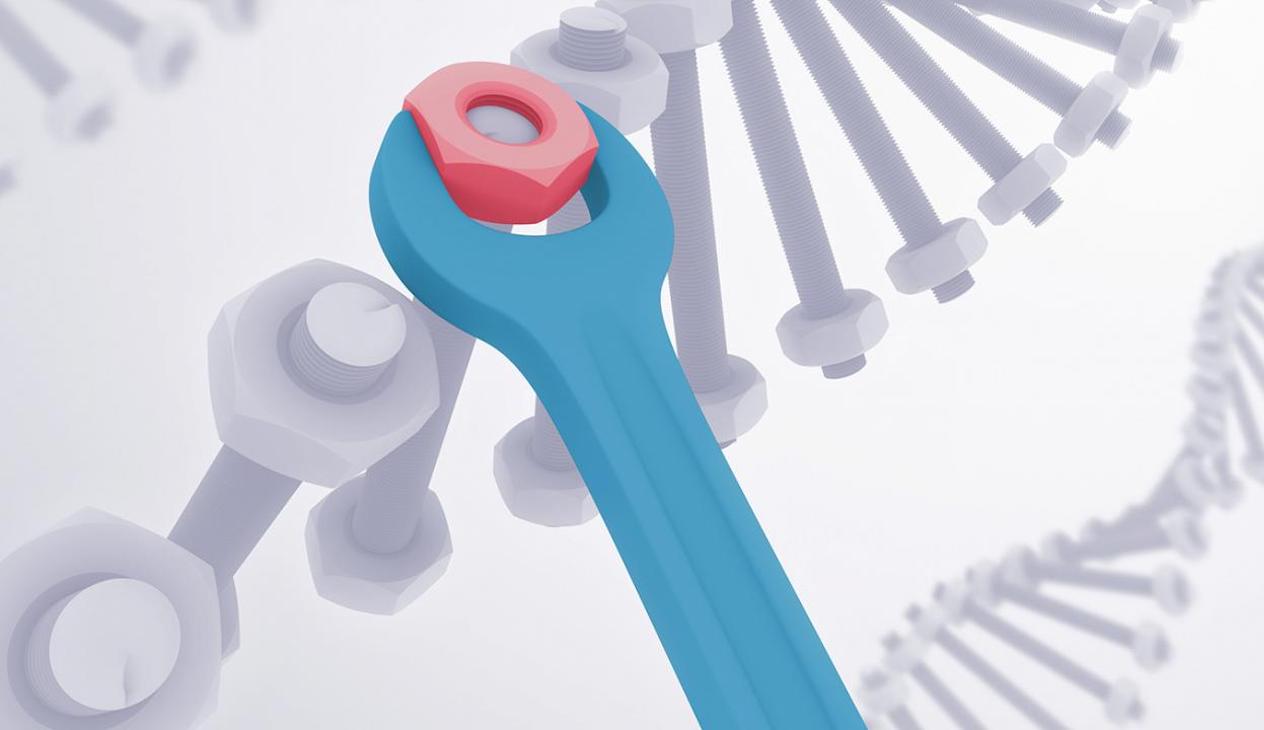 With the editor of the genome of the CRISPR-Cas9 is pretty well learned to deal. However, with a fairly good knowledge of technology and how it works, the results obtained in the course of editing, not always predictable. This is ...