People have solved a lot of the earth's mysteries and secrets, and even visited the moon. But there are a large number of phenomena and phenomena that still defy explanation. Of course, scientists have hypotheses, theories and assumptions about the phenomena, about which we will talk today, but no one can say exactly why they happen.

Here are 9 mysteries which still baffled experts from around the world.

Scientists still do not know why we yawn

People yawn every day, but scientists still don't understand why. Recently there was proposed an hypothesis that yawning is a thermoregulatory mechanism for the brain, however, the true function of this process, the science is still not clear.

Another puzzle for scientists is why yawning is "contagious" among many social animals such as man. In 2005 in the journal Cognitive Brain Research, a study was published which claimed that the parts of the brain responsible for empathy (empathy) and social skills are activated at that moment when one person sees another yawn. The survey stated that the same reaction to a person yawning was observed in monkeys.

That is why, according to the findings , psychopaths not so much exposed to the contagion of yawning.

The Fungus Chorioactis geaster is the only representative of the genus Chorioactis, growing only two places on the planet, in Texas and in Japan, is considered one of the rarest mushrooms in the world.

Both places where it grows this fungus are at the same latitude, however, mycologists have been unable to understand why it grows only in these two places. Published in 2004 by the Herbarium of Harvard University the study of the DNA of fungi it has been suggested that the two populations were separated by at least nineteen million years ago, which eliminates the possibility of human importation of species from one place to another.

In Texas, the fungus is nicknamed "cigar devil". While the spores of the fungus are inside the fruit body, it has the form of brown capsules that really looks like a cigar. When the mushroom opens and releases the spores, it resembles a star or flower of a cactus. Cigar devil when you dispose of the dispute makes a whistling sound, this is the only mushroom in the world, able to "talk". Maybe because of this he and there was such an ominous name.

A Huge storm the size of two of the Earth at the North pole of the gas giant Saturn has a very strange hexagonal shape. Years the spacecraft NASA Cassini was studied , but scientists have not come close to solving its mysteries. The only substance in nature that has similar hexagonal shape, are certain types of crystals, so researchers have no idea how famous natural phenomenon of Saturn found this form.

An Additional mystery of this natural phenomenon adds to the fact that a storm from time to time changes color, buying turquoise, yellow. This happens every few years.

An international group of researchers in 2017, has discovered that humpback whales have begun to gather in a "supergroup" to feed in subtropical waters off the coast of Africa. It is new and unusual for these whales behavior, they have not been so social.

The Whales were going to "supergroup" in which there were from twenty to two hundred individuals. Part of the "supergroups" has varied, sometimes they were separated some individuals, they sometimes joined them, but the band is not broke.

This behavior of humpback whales is described for the first time, such dense clusters of whales, scientists have not observed even during a season of feeding in high latitudes. According to the observed data, the formation of "supergroups" began to be repeated from year to year. The authors do not know exactly why this happens, but suggest that the formation of "supergroups" is due to the large number of whales in the region where the study was conducted.

The Area of coniferous forest in the Kaliningrad region is inclined and curved trunks of trees growing there. The trees were planted in 1961 to strengthen the Sands . Due to its unusual shape the forest called "dancing". Some locals still call it the "drunken forest".

There are several theories that attempt to explain the reason for the curvature of the tree trunks. For example, this anomaly may be caused by very strong winds, unstable soils or damage at the time, young growing pine trees caterpillars of the moths that eat the developing apical and, to a lesser extent, lateral buds. After the destruction of the apical Bud there was a further growth of the tree at the expense of the lateral buds as the main. As a result, further growth was deformity of the trunk, and the tree has acquired an unusual form.

We know practically nothing about dark matter and dark energy

Dark matter neither reflects nor absorbs light, but high concentrations of this substance can bend light, and that's exactly what scientists have learned about its existence.

Assuming that our knowledge about the Universe and physics are correct, then dark matter in space should be more than ordinary. Scientists explain that the amount of normal matter that exists in the Universe would not be enough to create everything that surrounds us. Atoms, stars and galaxies, rocks, trees, and we – all this accounts for only 5 percent of matter in the known Universe. About 25 percent is dark matter and the remaining 70 percent is dark energy, astrophysicists believe.

Scientists understand how cats purr, but do not understand why they do it

For a Long time scientists could not understand how cats purr, as a special body responsible for producing such sounds, the cat is not detected. According to recent studies, the mechanism of purring is the following: in the cortex there are electric pulses that come to reside in close proximity to the vocal cords and the muscles cause them to contract. Actually "purring machine" is in cats between the base of the skull and base of the tongue and is a thinly related to the hyoid bone. The contraction of the muscles near the vocal cords causes them to vibrate.

The Reasons for purring of cats is not entirely clear. According to one hypothesis, their purring vibration strengthens bones cat, which negatively affects long immobility — cats are known to sleep and doze off for 16-18 hours a day. Based on this theory, scientists have even proposed the use of "purr with a frequency of 25-100 Hz" for a speedy recovery of bone and muscle activity of astronauts who spent long time in weightlessness.

hundreds of unexplained signals from space every second

Fast radio bursts (FRB) is a transient (few milliseconds), a single but very powerful emissions of radio emission of unknown origin, equivalent to the emissions of the energy capacity of 500 million Suns. Scientists believe that such emissions in the Universe can happen every second, however, to date, was discovered only a little more than 30 such signals.

A Quick burst FRB 121102, whose source presumably located outside the milky Way, is with repetitive nature. According to one of the assumptions, it may be a young neutron star is one of the most dense objects in the Universe.

In Siberia, there is a mysterious crater, the cause of which is not exactly known

In the East, Irkutsk region on the hillside of the Patom plateau is unique in its characteristics geological feature called Patom crater. The height of the object is approximately 40 m in diameter on the ridge — 76 m Represents the ring structure of the Central type with a bulk cone, folded limestones and other rocks. The cone is crowned with a flat top that represents the ring shaft.

For the First time about the crater became known through the expedition of the Soviet geologist Vadim Kolpakov V., who discovered it in August 1949. The subsequent estimate of the age pointed out, the crater appeared about 500 years ago.

Among the locals is called "the Nest of a fiery eagle". Due to the fact that almost no animals, there is a belief that this place is associated with death.

At various times had made public a set of assumptions about the likely nature of this crater. Among the most striking and less likely – the fall of the meteorite, a nuclear explosion and the fall of a spaceship of aliens. According to most popular opinion, the crater could appear as a result of endogenous (geological) reasons related to the development of a magmatic process.

Enjoyed the article? Please subscribe not to miss all the fun from the world of science and technology. 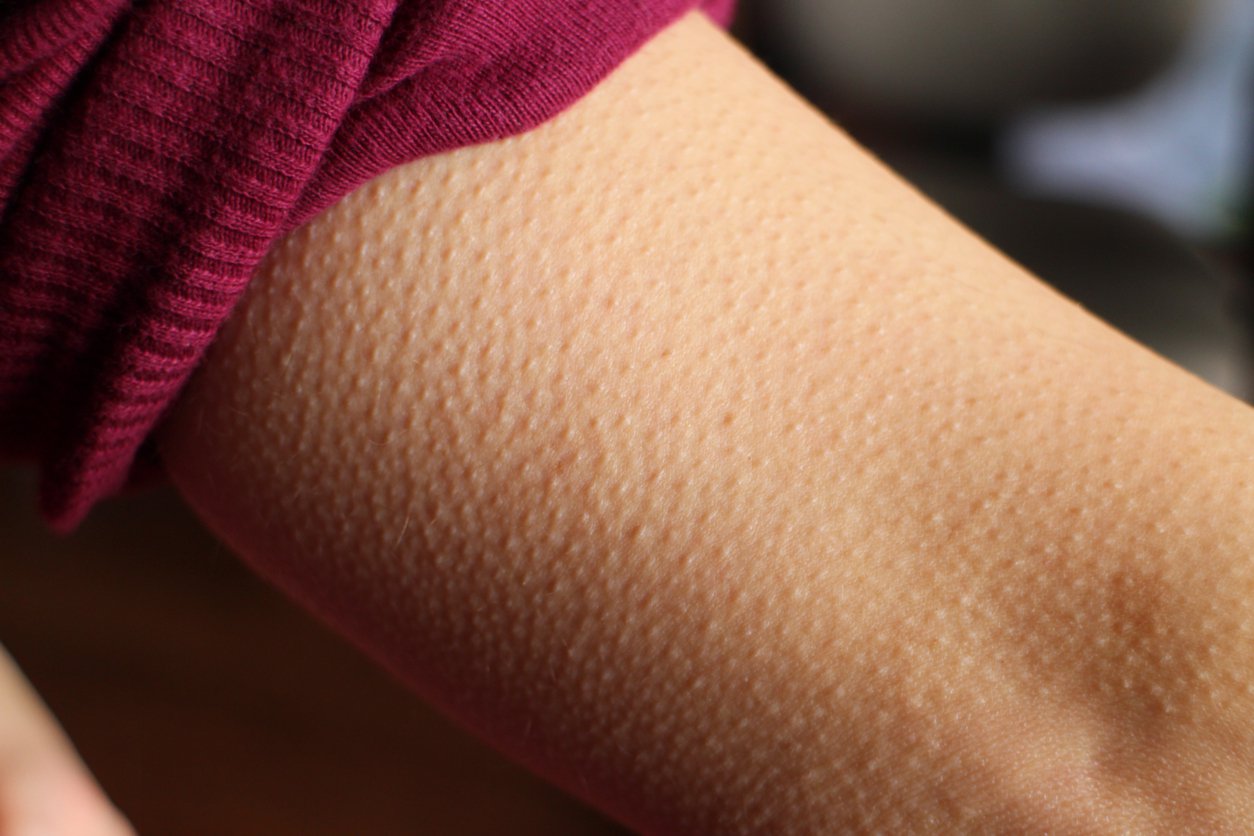 Some parts of our body do not perform any function in our body. The whole point of evolution, which made them "extra". For example, the Appendix is an important part of the body, however, some studies argue that this vestigial cec... 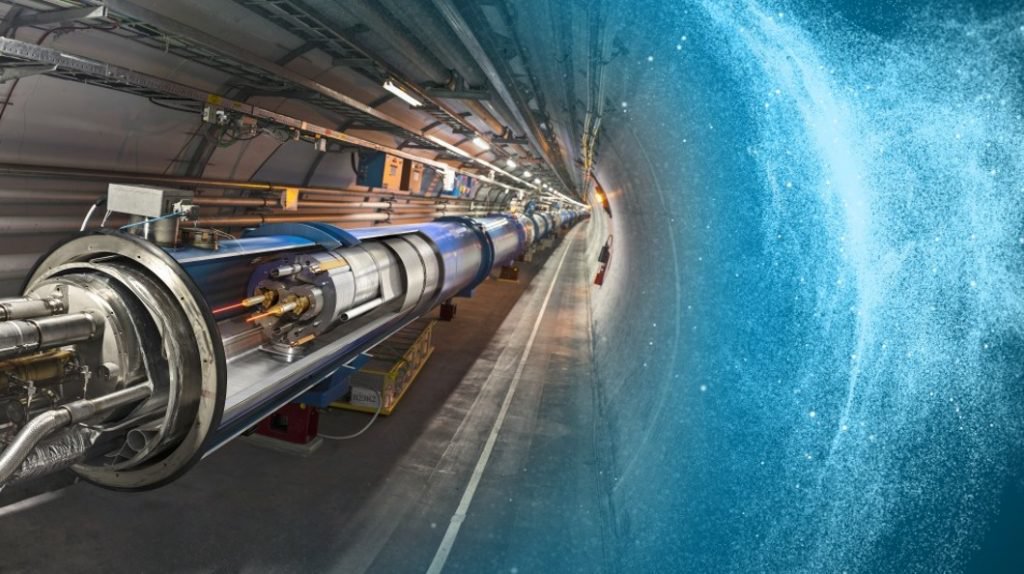 China is building a particle accelerator that will be two times more and seven times more powerful belonging to the CERN Large hadron Collider. Martin Rees, known for his contributions to the science of the formation of black hole...