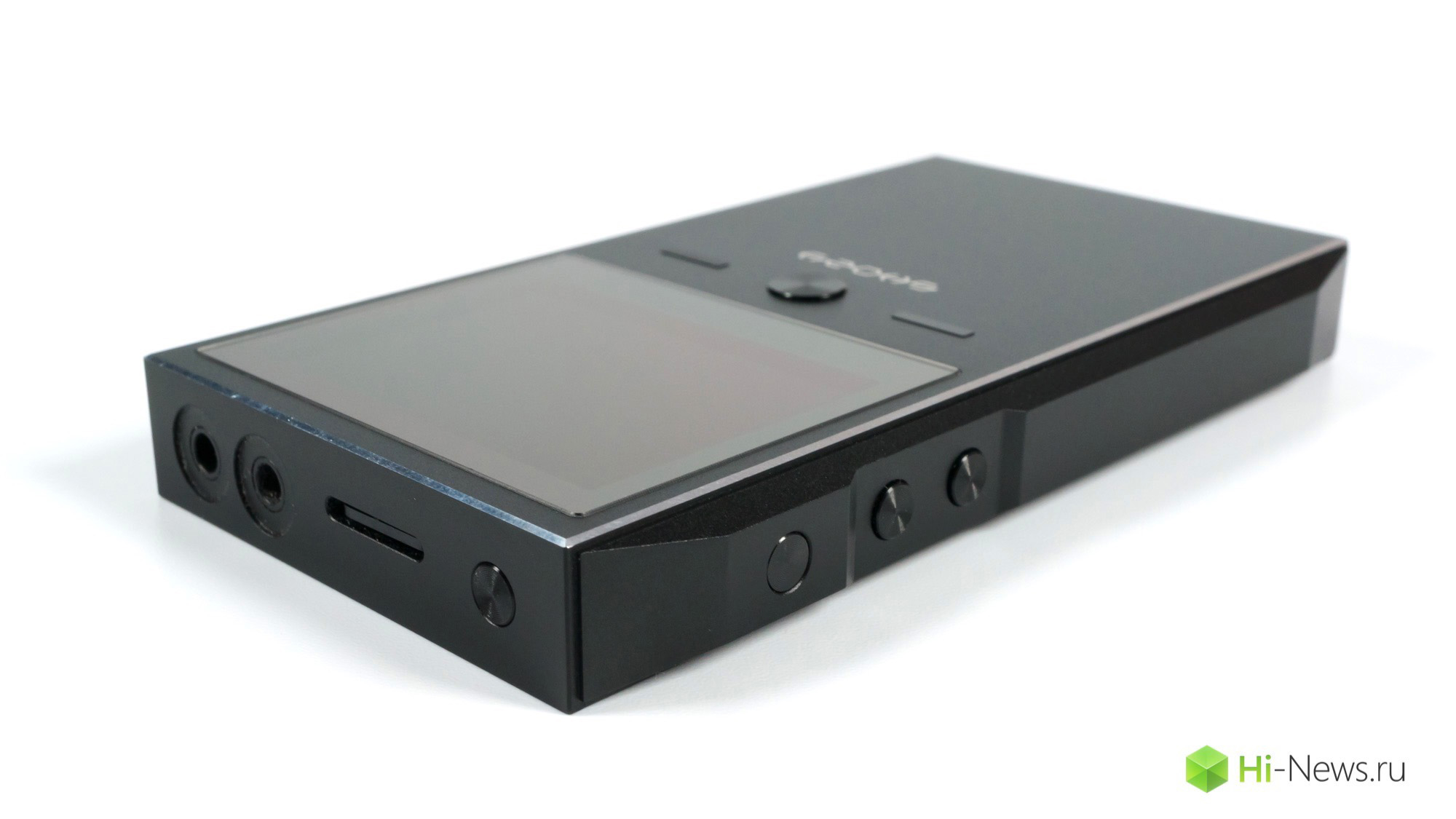 In Shozy have proved that they are able not just to make different gadgets for fans of portable audio, but also to apply in this case your absolutely unique approach. I recently talked about them , and now it's time to tell about the portable player Alien+.

Overall I am very impressed by the methods that use the Shozy. They are willing to go to any unpopular from the point of view of marketing decisions to ensure the sound they want. That only cost the AFC in their Zero? Well, nothing very good headphones turned not universal, but in our world, perhaps there is no model that would be liked all at the same time.

With a player, they went even further and decided to develop it entirely independently, minimizing process, given to outsourcing. Even the firmware is developing their in-house programmer, throwing out from it everything that, in their opinion, affects the sound in a negative direction. Instead, they offer uncompromising amplifier fed from a source, ±12V, is able to drive even very tight models and the latest DAC from AK. The price tag remains relatively humane, on pre-order .

For the first time in my memory, I have nothing to write in this section. As a player I have a pre-sale version, it came in a regular cardboard box, wrapped in bubble plastic. The package consists of the player and all. In the future Shozy promised some sort of retail packaging, but that there will be — I don't know.

The First impression of the device — almost non-stop delight. It really is made to the best standards of the genre: a discreet but unusual shaped metal body in black colour diluted by silver insertions. Amid slicked forms, popular lately, A+ with its sharp edges looks fresh. Those buttons that should not be made perfect «flush» with the body, and the rest are literally a millimeter and have a pleasant click. Nothing loose, no squeaks, in General «appearance» on top. The previous generation of Alien, by the way, looked more extravagant, but the player without screen is a strong hardcore for our time.

The controls are scattered in different surfaces of the player. On the top there are the power button, it also turns off the screen and locks the control. In a locked state are only buttons to switch tracks. There is also a MicroSD card slot and two outputs: naushnikov and optical S/PDIF. The latter will please the owner of the backlight always on, however, according to the developers, work time he affected little (not surprising, since the entire battery eats amplifier). If this led is very annoying on AliExpress is full of convenient plugs for a 3.5 mm connector, which save the situation. Separate «surprise» is that a player without a memory card just does not turn on. This, of course, logical, because its memory had not, but at first it threw me into a light stupor, all other players at least showed the inscription «no card», while Alien+ just doesn't react to the power button. I suspect that there is some hardware solution, such an additional switch in the housing of the player, press a card inserted.

On the right side we placed an analog volume control, it uses high quality potentiometer, so the noise during the rotation is completely absent, and the imbalance of the channels disappears at the first millimeters of rotation. As the player is powerful, with most headphones supply a comfortable speed controller is very small. Fortunately, programmers Shozy released firmware with the possibility of a 5-level gain control, and it is already possible to find a comfortable level even for very sensitive IEM.

The bottom panel is a MicroUSB socket, used mainly for charging. In the future Shozy promise to add a USB DAC (according to them this is one of the main priorities). Charging the player somewhere a little less than 4 hours, operates up to 6 hours. The results, of course, it is not a record, but it's the price paid for power and sound, bypass the physics does not work for anybody. Judging by the reviews, in player, you can install a battery with a capacity 40 percent larger than the original, but the developers still only exploring the possibility (current battery was chosen as the most safe and proven in their previous development).

In the left pane, put three buttons, but their function has not been without surprises. Top button emergency reset, it just instantly turns off the player. What's funny, to use it I have never had. Below — button «Page Down», in large lists it allows you to scroll through the entire screen. The bottom is the back button back.

On the front panel is screen and three navigation keys and playback controls. Delicate buttons allow you to scroll through menu items, and tracks round the Central button selects the current item, it also serves to pause and resume playback. The player can only switch tracks, rewind within the same track here. In General, the list of what is not in the firmware of this player, is long. No memorizing of the current track each time you turn it is necessary to choose it again. There is no timer, so forgetful users risk being left with a dead device. No playback functions without a pause, although I am personally a short delay between tracks don't bother, and I don't understand why for many this is a tragedy, comparable to Pompeii (but this is purely for me). I am very spoiled with modern firmware full of different Goodies, but I can see that the harsh austerity A+ I am impressed: it loaded for a second (the inclusion is accompanied by a rather loud click), then choose the required folder and enjoy the music.

Screen of the player does not possess the super resolution and depth of color, and as a brand fades in the sun. However, compared to the first options of the players Shozy — the mere presence of the screen should be seen as a step forward.

Menu is the most simple and uncomplicated, however, the fonts chosen well. Functions of the player the bare minimum playback from the selected folder, select repeat and random playback. There are also settings, which, however, is not too much: brightness, backlight time, the above-described gain control and digital filters (4 of 5 present in the DAC). Interestingly, Alien+ — is the first player whose influence filters very much, so I still wonder: it's A+ something to do with the sound or the rest of the players somehow change the filters? In either case, additional customization of the sound will not be superfluous.

Player is not very good friends with all encodings beyond the standard Latin alphabet (although the Cyrillic fonts are sometimes digests) — any diacritica causes a stupor and circumcision of the file name. According to developers in the IOS little space to embed fonts, hence the limitations. Another limit A+ is the length of the file path needs to be smaller, files placed long ways, he can't see. So I had to rename some folders in the direction of shortening their names.

Best «Foreign» copes with WAV files, it supports resolution up to 192 kHz and 24 bit, all other formats are restricted to a simple 44.1/16. The developers promise to support high resolution FLAC and even DSD, but guarantees that it will certainly be made, make it. So at the moment a potential owner has two choices — either to convert to WAV (the choice of the audiophile), or not to suffer excesses and limit simple RedBook (select healthy people).

To listen To the device used the following headphones: , , , Noble Kaiser Encore, Campfire Audio Andromeda , and others.

Of Course, a player with such software restrictions just would not have a chance in the market if he hadn't had a truly high-class sound, and that «alien» not to take away. The secret of the success of Alien and reminiscent of the classic anecdote about «do not spare welding» a good DAC plus a powerful amplifier with a normal diet.

Bass have A+ powerful, it is massive, with a slight bit of additional energy. The emphasis shifted from hlestkost on the weight, but the resolution and study of textures — very nice. The player very fine control of NCH and has a power reserve, allowing for the need not to leave from control and track, giving truly striking power. However, the player plays only what there is in the record, it is not necessary to count on a substantial «Supplement» bass from it, but what is incorporated in the track — will be issued in full. With this filing, «Foreign» good and synthetic sounds with real acoustic instruments playing in low registers.

MIDs served in the manner often like to reward themselves by epithets such as «analog audio» «music submission». The player is very detailed, but without excessive emphasis on microdialysate, he sounds emotionally and sometimes even adds a bit of these emotions in music. This little Supplement is good for most tracks, in effect reminding wipe of the dust from the old days... 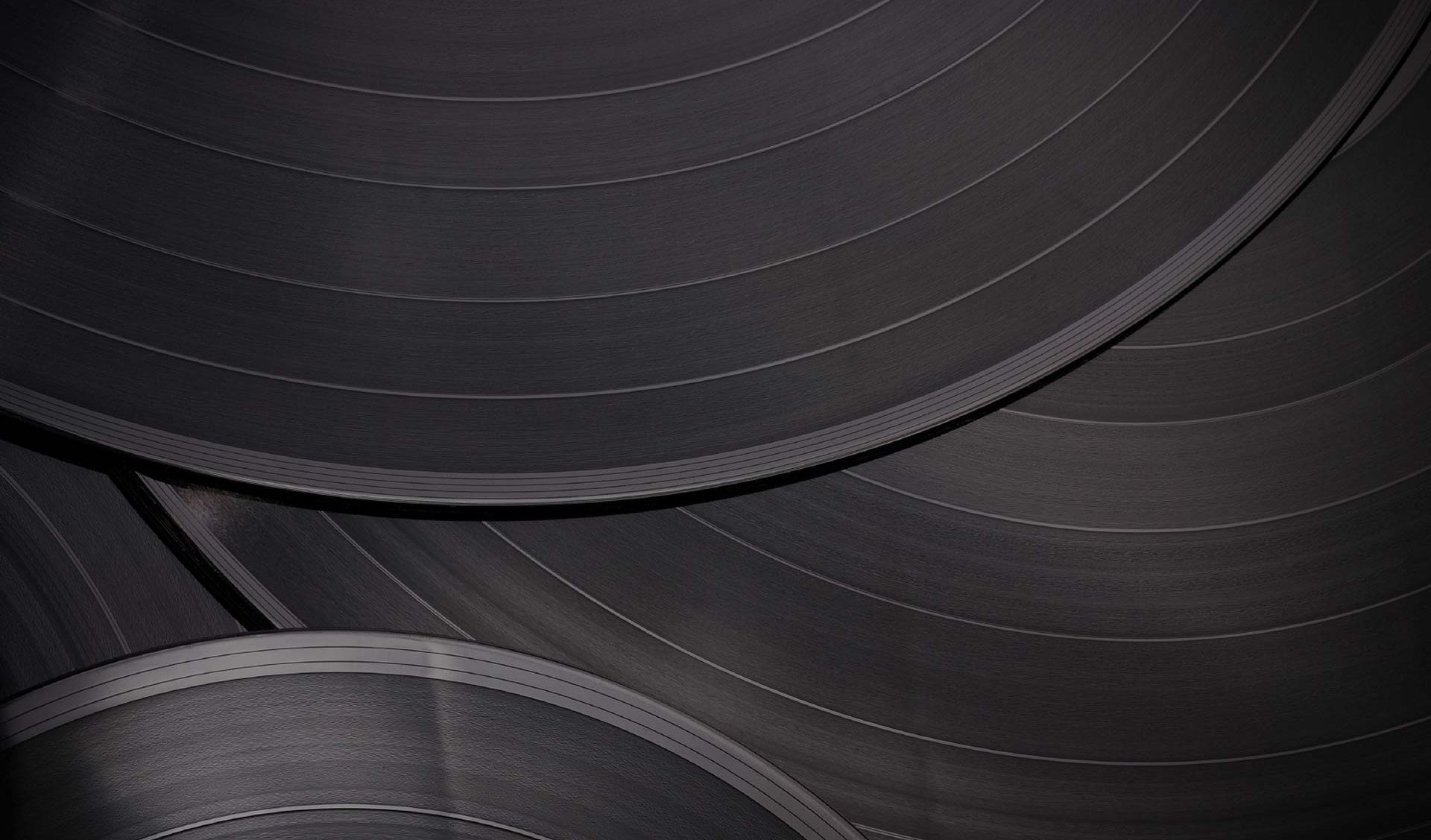 After 30-year hiatus, Sony has resumed production of vinyl records

Vinyl records again at the peak of his popularity. Their sales continue to grow steadily worldwide and in 2017 reached a peak in the late 80s. Retro attractive not only for its aesthetics, but also a unique sound that audiophiles ... 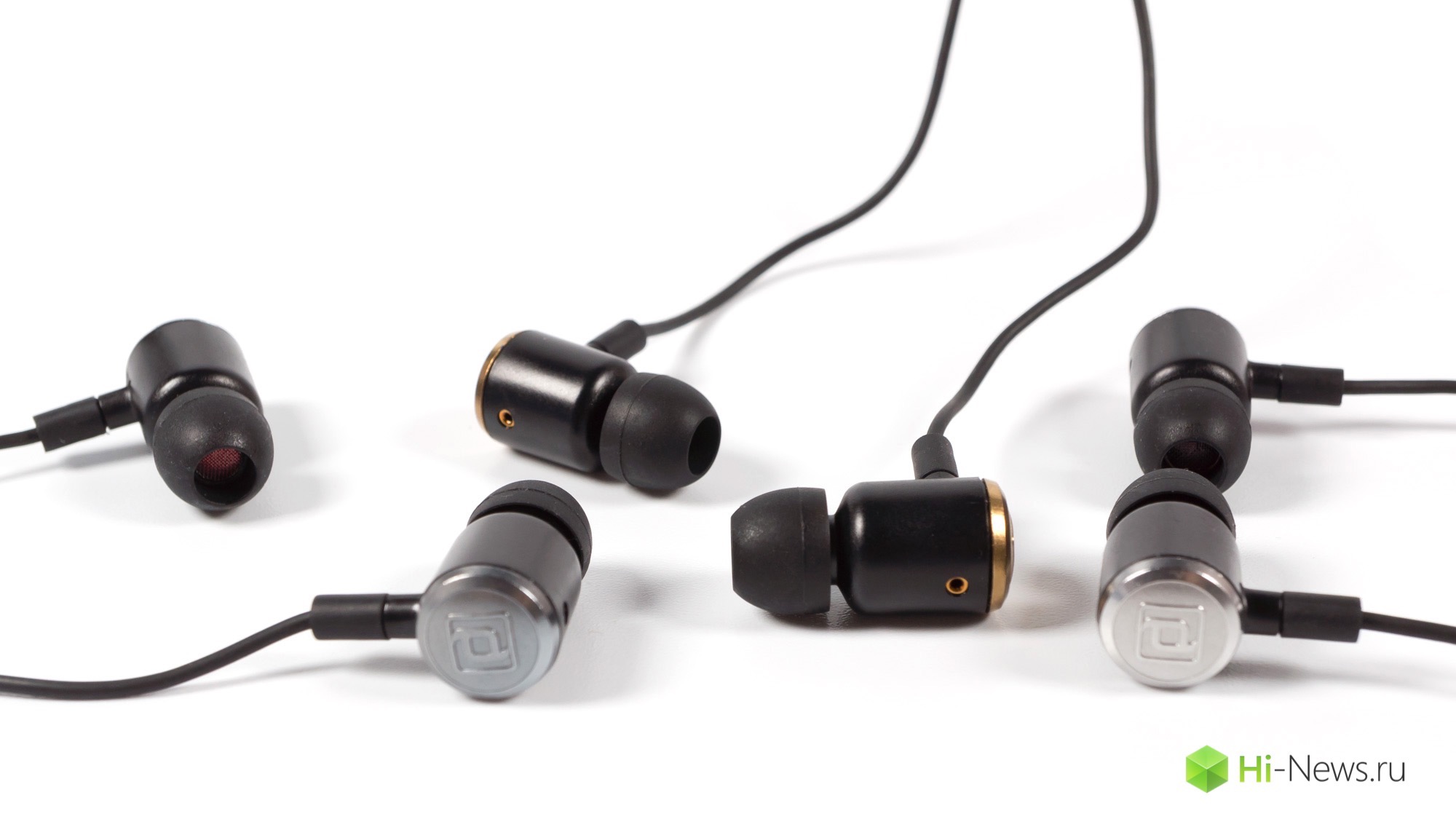 Bringing in the oversaturated market of personal audio brand new, it is vital to stand out from the competition (obviously in addition to quality of sound). In the company's Periodic Audio perfectly realized this and decided to ap... 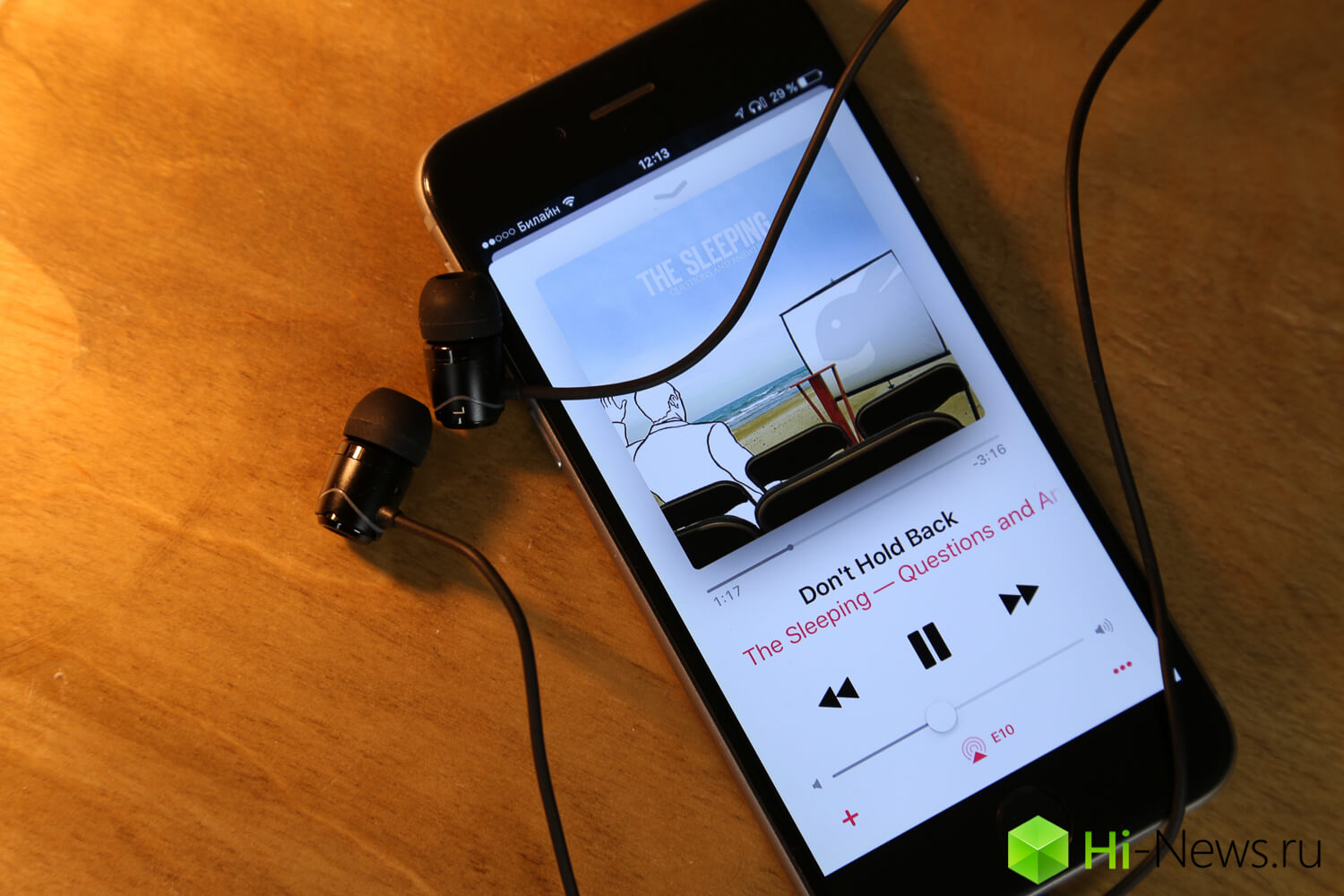 Companies that have been manufacturing OEM/ODM, as a rule, often remain in the shadows, since the corporations sell their products under their own brands. One of these is the Chinese Shenzhen Soundmagic Technology Development Co &...