In recent years, increasingly heard the words “I don't watch TV”. Some add that they don't even have. But on the TV hanging on the wall or standing do not stand, you can watch not only Federal channels. Especially if it is a SmartTV. If such a function in your TV, you can just buy a small box and watch everything through the Internet and send from their devices. Here is an example of one such prefix.

The Main advantage of viewing any content this big in the first place, is the ability to sit back while watching. In addition, the important role played by screen size and sound quality. In short, what is there to tell, it really is more convenient than watch movies and videos on the smartphone or computer screen.

As usual, the first thing you see, buying a product is its packaging. I've always given her a lot of attention. In the case of the Smart TV box from Harper packing is made in a stylish black colour and even the logo has changed a bit, becoming more aggressive. Box now resembles something of accessories for gamers. I was fine with the old logo, but the update says that the product is really new and needs to attract attention.

on Top of the usual logo, bottom logo with box Harper ABX-332

Once open the box, surprise you did not leave. No raves, just, first, the package looks a little unusual, and secondly, the surprise of the console. But let's order.

In the package include HDMI cable, which is not always put into a box with such consoles. Although, I've always wondered why manufacturers believe that the cable I have? A summary picture of the package as follows:

included is a HDMI cable. It is always a pleasure.

As for appearance, it is possible to note not only the nice texture on the top panel, but the size is just 115х115х22 mm. From myself I can add that always loved symmetry, so appreciate the correct form of a square in the design . The small thickness is also accounted for my liking, as it will allow you to place the console under any TV, even if he has a very low stand.

Nice touch the front part are the hours. Can't say that I liked the color of the numbers, but they are unobtrusive and not catch the eye, if not to look at them specifically.

the Style of displaying information on the screen Harper ABX-332

On the left side are two USB connectors and a slot for a MicroSD card. Via USB you can connect pendrive, hard disks, and SSD for viewing video from external drives, turning the console into a full-fledged media player. The possibility of installing a memory card will allow you to view video captured on action camera, monitor or smartphone.

On the rear panel is an HDMI-enabled HDMI CEC Protocol. This allows you to supply power when you turn on the TV and to translate the console into sleep mode after it is turned off. Next to the HDMI is located 100/1000 Mb Ethernet (RJ-45) for wired connection, optical output and AV. In addition, Harper ABX-332 can wirelessly stream content from any smartphone, and wireless headphones and speakers are built-in .

It is worth noting not even the ability to store files in the cloud, which is always handy, and the presence of built-in antenna and dual-band Wi-Fi. Harper ABX-332 supports both 2.4 GHz networks and 5GHz network. In apartment buildings, almost everyone has a Wi-Fi network at 2.4 GHz. This creates a lot of interference, the connection speed drops, and the picture or deteriorate, or crumble. It's easy to see when you walk in the apartment and the connection speed varies significantly in different rooms. To avoid this, the console can connect to the 5GHz network.

Harper ABX-332 has a high computational power. The console is built on a 64-bit OCTA-core S912 Amlogic ARM Cortex-A53 and 2 GHz. This processor is able to combine high speed stability and low heat. For image processing meets graphics subsystem ARM Mali-T820MP3 GPU frequency up to 750 MHz. RAM will be as much as 3 GB (DDR3), and a built-in 32 GB. For fast and smooth performance set-top boxes this set of characteristics is more than enough.

The device Menu Russified, difficulties with mastering will not. And what difficulties can be, when the Board is painfully clear Android 7.1 with all its basic principles? Many manufacturers set in their prefix stripped-down version of Google Play. The app store is full. Problems with installing apps will not.

Among applications that are already installed out of the box, definitely worth notingbuilt-in player to play files from the local network. In addition, there is a powerful multimedia processor Kodi and IPTV application.

On Board Harper ABX-332 has 32 GB of memory. Bigger than some smartphones.

The system can work with all modern formats and codecs. There is even support H. 265, which starts closer to come into our lives. Even 4K movies are played fast and without slowdown pictures. I tried to watch some 4K HDR and everything worked well even at high video bitrate.

To improve your images supports HDR. Of course, there will still be important, what kind of TV you use and whether it supports such a feature. If no HDR, Harper ABX-332 can automatically convert video in SDR.

To Control the console using mobile app. The console is already installed CetusPlay, and to work with him you just have to download the client app from Google Play. There are more classical control method.

Remote included Harper ABX-332, pleasant practical minimalism. There are no complex elements of a design, it is lightweight and quite strong in appearance. Separately, I can say that I really like it. It's not the buttons, which have a great course, improved softness and minimal informative. Everything else.

The remote Buttons Harper ABX-332 resilient, with low speed, and most importantly, with a clear click. I always really liked. Something these buttons are reminiscent of the MacBook keyboard. All clear and to the point. And they have a nice coating like SoftTouch.

An Additional advantage of the console is its versatility. It can be set to operate your TV. This way you will not have to produce a large number of units — everything will work with one.

To control console you can use the mouse. Including, keyboard with touchpad, which is in the range of Harper. But there is one interesting device that would suit him even better.

Finish the review always a pleasure on a positive note. This time it will be an additional multi-function remote Harper, which can be bought separately for as and the SmartTV. The model is called . Feature of the gadget is that it combines a remote, keyboard and even a mouse. The first is clear, for the second the reverse side has keys and the mouse works by moving in space (something like pointers). With such a remote will be easier to navigate through the menu. Especially when you need something to print. With him, even browsers that TV will cease to be a useless feature. The remote can be programmed to change the pointer speed.

Remote Harper KBWL-050 is suitable not only for SmartTV and consoles, but for PC.

I used it with SmartTV LG, prefix ABX Harper-332 and iMac. No complaints there. Keyboard when working with computer is not so comfortable as usual, but the mouse is for presentations it can come in handy. For SmartTV mouse — generally a godsend. Its speed is not inferior to the original remote control with this function. In this case, the console Harper KBWL-050 has a built-in microphone to work with Google Assistant and voice control.

Panel Body is symmetrical and fits comfortably in the hands. Even it is seen that the producer had to go to certain lengths to make it so convenient. So, the batteries are not inserted with one hand, and with the two. Left and right are projections under the palm, in which are inserted the batteries. When they are not there, they can hide a wireless adapter to connect to the USB port of the TV.

Here insert the battery. It is not, you can store the USB receiver.

Detail is thought out so that even the backlight turns on at the time when the user is facing the respective side of the remote. That is, when I use the main part of the highlighted button. Turn it over the keyboard to himself, turns on her light. When turn back on, the backlight switches back. The little things always inspire respect.

In the end it remains only to add about the cost. you can find in stores and on websites at a price not to exceed 7000 rubles. Price of multifunction remote control does not reach even up to 2000 rubles. For the money, these gadgets are becoming very attractive among the similar devices.

In modern life is hard to imagine myself without any of the advantages of mobile communication and wireless Internet, especially outside the city. To lose the ability to communicate is not desirable, sometimes you got to work (and...

Huge volumes of data that are stored on military bases, not just drag to trash and delete. All equipment that store confidential information, subject to complete destruction. Best of all this handle the fire, so missile range Whit... 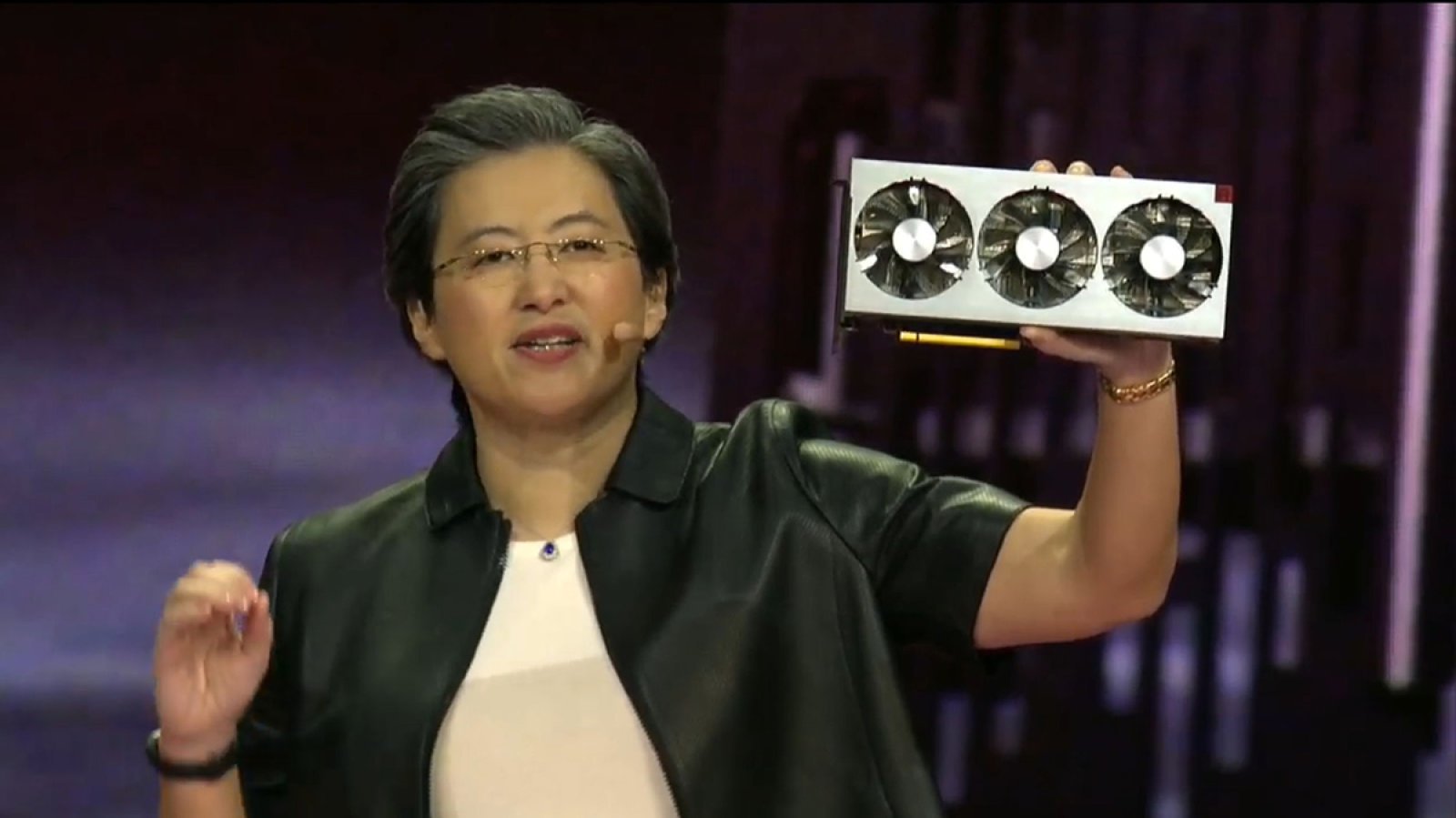 AMD has presented at CES-2019 two new items, which was expected by many. First, the company announced the world's first graphics card that runs on the GPU, built using a 7-nm process. And secondly, AMD introduced its 3rd generatio...