What if dark matter is not particles? 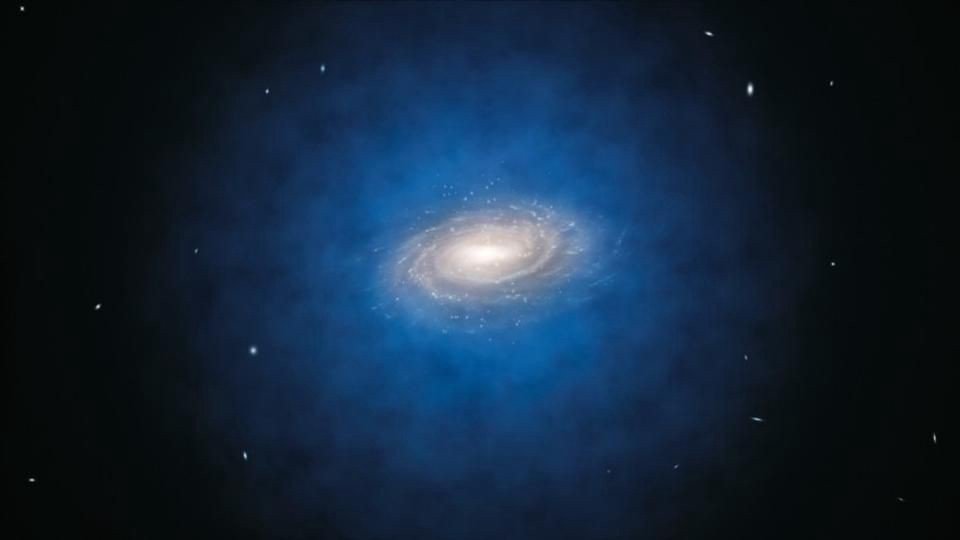 Everything we have ever observed in the Universe, from matter to radiation, can be decomposed into the smallest components. Everything in this world is composed of atoms, which consist of nucleons and electrons, nucleons are divided into quarks and gluons. Light also consists of particles: photons. Even gravitational waves, in theory, consist of gravitons: particles, which we once, if lucky, find and fix. But what about dark matter? Indirect evidence of its existence cannot be denied. But should it also consist of particles?

We used to think that dark matter consists of particles, and hopelessly trying to find them. But what if we are looking for is not there?

If the dark energy can be interpreted as the energy inherent in the fabric of space, could it be that "dark matter" also is an internal function of the space itself – closely or remotely associated with dark energy? And what is the dark matter of gravitational effects that could explain our observations will be more due to "dark mass"?

Well, specially for you physicist Ethan Siegel sort through our theoretical approaches and possible scenarios.

One of the most interesting features of the Universe consists in the one to one ratio between what is in the Universe, and the changing rate of expansion over time. Thanks to the many careful measurements of many disparate sources – stars, galaxies, supernovas, the cosmic microwave background and large-scale structures of the Universe – we were able to measure both, defining what the universe is made. In principle, there are many different ideas about what may be our universe, and they all have different effects on the cosmic expansion.

Based on their findings, we now know that the universe is made of the following:

Over time, these various components become relatively more or less important, and this percentage represents, what today is the universe.

Dark energy, as follows from our best measurements, has the same properties in any point of space, in all directions of space and all episodes of our space history. In other words, dark energy is simultaneously homogeneous and isotropic: it is everywhere and always the same. As far as we can tell, dark energy does not need matter; she could easily be a property inherent in the fabric of space.

But dark matter is fundamentally different.

To create the structure we see in the Universe, especially in the larger cosmic scale, dark matter must not only exist, but also to come together. She may not be the same density everywhere in space; rather, it should concentrate in regions of high density and should have a lower density, or absent, in regions of low density. We can actually tell how much substance is in a different region of space, guided by observations. Here are the three most important ones are:

power Spectrum of matter. Apply to map matter in the Universe will see to what extent it corresponds to galaxies – that is, how likely is it you will find another galaxy at a certain distance from the galaxy with which you begin, and observe the results. If the universe consisted of a uniform substance, the structure would be smeared. If the Universe were dark matter, which is not gathered early enough, the structure on a small scale would be destroyed. The power spectrum of energy tells us that about 85% of matter in the Universe represented by dark matter, which is very different from protons, neutrons, and electrons, and this dark matter was born of the cold, or its kinetic energy is comparable to the rest mass.

Gravitational lensing. take a Look at the massive object. For example, a quasar, a galaxy or clusters of galaxies. See how the background light is distorted by the presence of the object. Because we understand the laws of gravity, which are governed by the General theory of relativity, how light curves allows us to determine how much mass is present in each object. Through other methods we can determine the amount of mass that is present in ordinary matter: stars, gas, dust, black holes, plasma, etc., and again we find that 85% of the matter represented by dark matter. Moreover, it is distributed more diffuse, cloudy than normal matter. This is confirmed by weak and strong lensing.

the Cosmic microwave background. If you look at the remaining glow of the radiation of the Big Bang, you will find that it is approximately uniform: 2,725 Quo all directions. But if you look closely, you find that at scales from tens to hundreds of microkelvins observed tiny defects. They tell us several important things, including the energy density of normal matter, dark matter and dark energy, but most importantly – they tell us how uniform was the universe when she was only 0,003% of its current age. The answer is that the most dense region was a mere 0.01% denser than the least dense of the region. In other words, dark matter start with a homogeneous state and as the flow of time is lost in clumps.

Combining all this, we come to the conclusion that dark matter must behave as a fluid that fills the Universe. This fluid has negligible pressure and viscosity, the pressure-sensitive radiation collides with photons or ordinary matter, was born a cold and non-relativistic and slips in a pile under the action of its own gravity over time. It determines the formation of structures in the Universe on the largest scales. It is highly heterogeneous, and the magnitude of heterogeneity increases with time.

Here's what we can say about it on a large scale, because they are related to observations. On a small scale we can only assume, not being fully confident that dark matter consists of particles with properties that cause it to behave this way on a large scale. The reason we assume is that the universe, as far as we know, consists of particles based on their. If you matter, if you have a mass, a quantum analogue, you inevitably have to consist of particles at a certain level. But until we found this particle, we cannot exclude other possibilities: for example, that this is a fluid field that is not composed of particles, but the effect on space-time as would particles.

That's why it's so important to attempt direct detection of dark matter. Confirm or deny a fundamental component of dark matter in theory impossible, but in practice, backed by observations. Apparently, dark matter has nothing to do with dark energy.

Whether it's made from parts? Until we find them, we can only guess. The universe manifests itself as quantum in nature, when it comes to any other form of matter, so it is reasonable to assume that dark matter will be the same.

a Few days ago, March 14, the world left is one of the most eminent physicists of our time, Stephen Hawking. Despite his severe illness, Hawking has managed to write a lot of scientific books, many of which became real bestsellers... 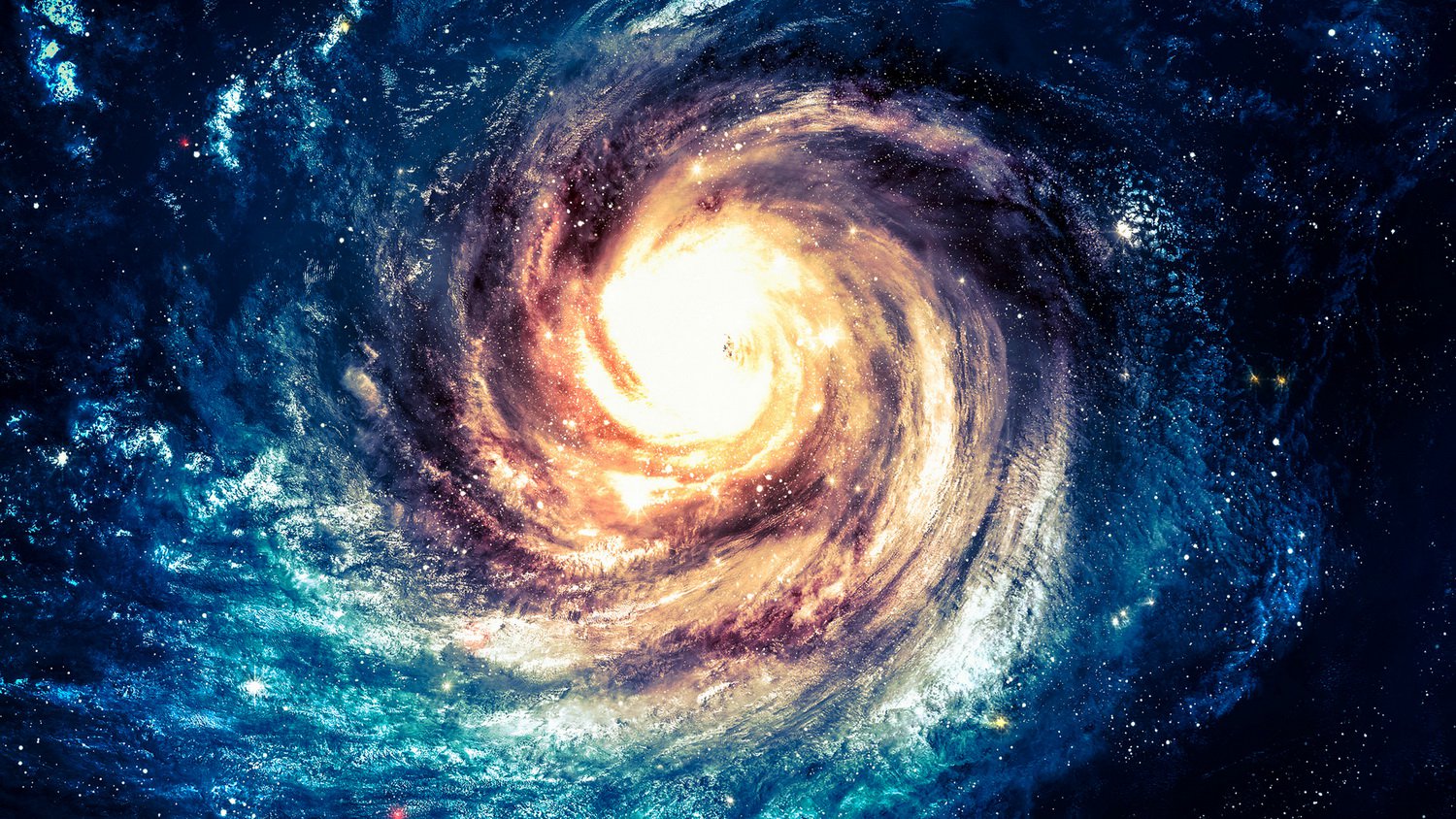 All disk galaxies in the Universe are United by one detail

Astrophysics International centre for radio astronomy research (ICRAR) and the University of Western Australia came up with some interesting findings in recent studies: regardless of the size and weight, all disk galaxies in the U...

Platypus himself, unwittingly, became a direct participant in the breakthrough discovery that made scientists from the Australian State Association of scientific and applied research. It turned out that the milk of this animal con...