It only seems that the water is harmless. All due to the fact that in everyday life we rarely found with the volumes of this substance in excess of the volume of the pool. In reality, the water cube height meter weighs as much as a car, moving even at a speed of 40 kilometers per hour, he can do so many things. Now imagine a wave height of 30 meters, rushing with a speed of 50-80. Such tsunamis claim hundreds of thousands of lives, if you fall on large settlements (e.g. in Southeast Asia). Now scientists have predicted the arrival of waves with a height of 300 metres, which struck Alaska near anchorage, maybe even this year. Why is this happening and what does that mean?

How the emerging tsunami

Typically, a tsunami — a giant wave that demolished everything in its path — arise in the ocean, in places where there are tectonic faults. That is why there is the concept of convoyage region. In such places, the probability of ”rogue waves” very high. Local authorities are trying to take action and build some kind of shelter, but considering that it have to cope with the forces of nature, hope for man-made remedies is not necessary.

The Only effective way of protection is shelter on a height, away from the ocean. In dangerous regions there are even special signs of where to go in case of hazard warning. So it is possible to save lives but not property, which will inevitably remain on the shore.

The result of a sharp rise part of ocean floor caused by one plate to the other finds and rises upward, is pushing a large volume of water. While offset one of the plates may rise 5-7 meters throughout its length. This is sufficient for the formation of tsunamis, which in the open ocean can have a height of 3-5 meters and almost not be felt by vessels of medium size. But, when he reached land, the rise of the bottom of the lower part of the wave slowed down, and the top is growing. And the generated waves tens of meters.

Scientists waiting for the 300-meter-high tsunami in Alaska

There is another method of formation of huge waves. Try to throw in water a stone. What will happen? Of course, there will be wave. But if you throw a stone into thawed or just elongated puddle (for example, in the track of the wheel), the wave will be even more, as it will have the focus. The volume of water will be displaced not in all directions, but only in two. In the end it will only intensify.

In such conditions, the amplification of the wave is inevitable.

Now imagine how to behave in the water, if you throw it in, not just stone, and the stone, which weighs millions of tons. About that scientists expect in Alaska.

The fact that this region has many glaciers and narrow bays, which go for many kilometers inland. Now scientists have sounded the alarm and predicted that in the Gulf of Prince William, which lies East of the Kenai Peninsula, can form a huge tsunami, which height is 300 meters. To make it easier to imagine such a height, imagine standing inside Moscow city and look up at the skyscrapers. Or like standing on the observation deck of the Ostankino TV tower and the wave exceeds half the distance from the earth.

The Alarm sounded, the local division of Geological and geophysical services. According to the Director of the office of Steve Masterman took, his colleagues have evidence that rapid melting of the glacier Barry, who is about 50 kilometers from the city of Whittier and 121 km from anchorage, could face a real disaster.

If the predictions of scientists are correct, then the threat of a tsunami in the next 20 years is estimated at nearly as a wholly-owned. There is even the likelihood that it will happen this year. Here is a twist. However, this is not the first tsunami of such height that occurs in this region. It was here in 1958, was the tallest recorded tsunami in the history of observations. It happened in the Gulf Lituya. Then . When we published this information, there were quite a few interesting arguments. At that time, fortunately, almost no one has seen except the sailor who gave some kind of incoherent story. In the end, killed only 9 people, and wave height were recorded during the analysis of the damage of vegetation on the steep banks of the area.

New tsunami will happen for the same reason. Namely, due to the fact that as a result of melting glacier water will drop millions of tons of rock and ice. The water will have nowhere to go and through a narrow fjord, she will rush in the opposite direction from the impact direction.

These waves, we show the plots of disaster movies.

As warned about the threat of tsunami

In the Wake of a major tsunami killed so many people. For example, during the tsunami in Southeast Asia in 2004 killed more than 200,000 people. You can make the assumption that preventive measures can save at least thousands of lives.

For the tsunami warning system in dangerous regions is established . Data is collected online, and as soon as there is something suspicious, immediately an alarm is triggered. To distribute alerts using TV, radio, outdoor warning systems, and more recently cell phones. It's much safer to warn people that they went a few hundred meters from the shore on a hill, thanto leave things as they are.

In addition to the seismic sensors are used water fixation systems that collect additional data for analysis of the situation and build more accurate forecasts.

This wave looks beautiful. It's not a tsunami, but it's still dangerous.

However, such systems give warnings for a couple of tens of minutes, since can't predict the movement of tectonic plates. In the case of landslides can be forecast over a much longer time.

How to escape from tsunami

Technically, to escape the tsunami, if you found out about it a few tens of minutes before his arrival, not so difficult. Of course, in practice, being in such a situation, people are lost and are a little different. But in any case, it is necessary to know how to act, and not to forget about it being on the coast (especially in dangerous areas).

First and foremost, we must understand what salvation is . For this it is necessary to find on the streets of pointers, where to go in case of warnings. These are all dangerous areas.

Such pointers can be found in those places where there is a risk of tsunami. Specifically, this is set to Patong beach (Thailand)

You should Not stare at the sea if it retreated. This is a sure sign that we were just a few minutes. However, some people do not know this and begin to consider the seabed and admire the unusual phenomenon.

In theory, this is all you need to know in order to increase their chances of salvation. Remember that in case of danger quickly to flee away from the coast to the hills, leaving all that bothers to do it. A two-foot wave is fun and entertainment for the guests. Meters are dangerous. And waves in the tens to hundreds of meters deadly — no options. Only to run.

Such a tsunami can only be after the fall of a meteorite, for example. They disperse in all directions, and the disaster will be global. Usually they are much smaller, but still claim thousands of lives. 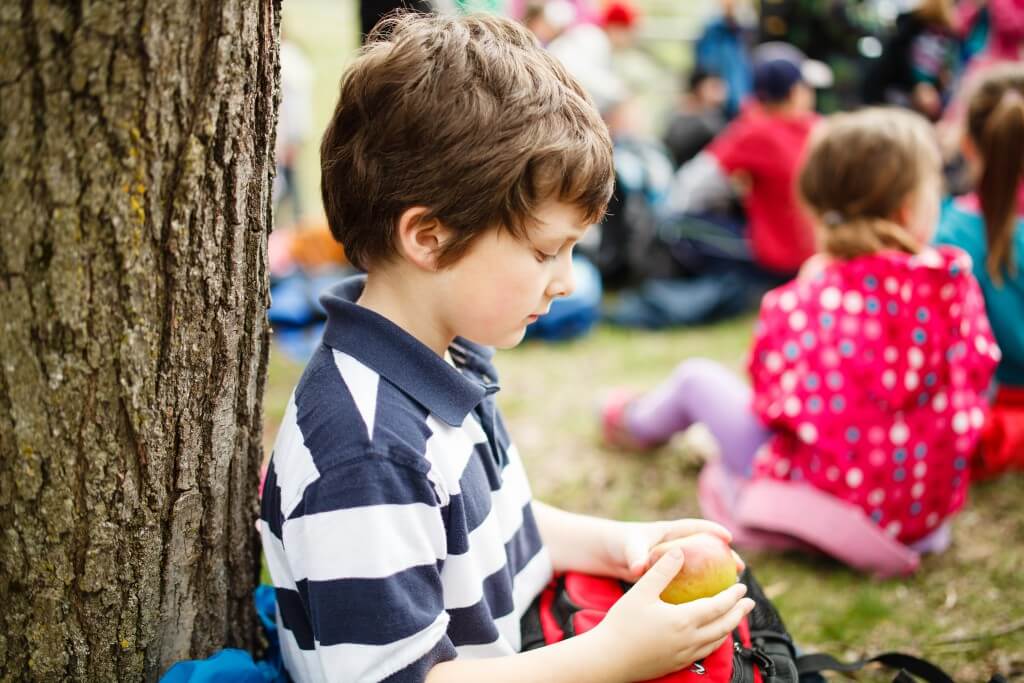 35 years ago autism was not well understood by scientists, and in this saw a strong need — autism suffered an average of 5 people out of 10 thousand. Subsequently, however, doctors noticed a sharp increase in such diagnoses among ... 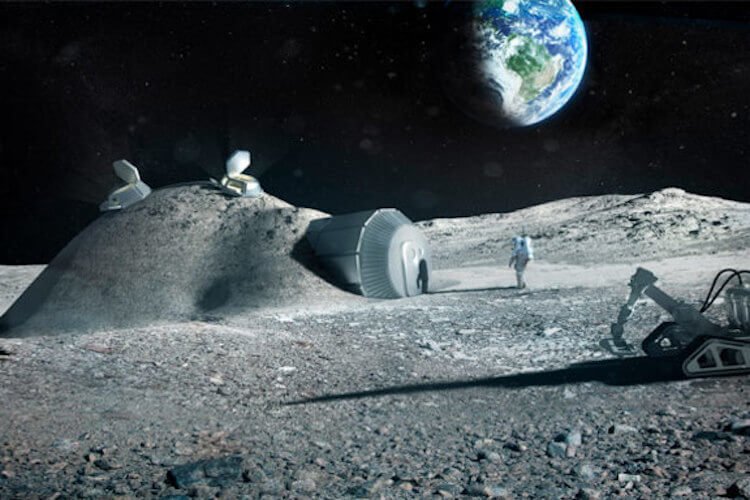 What if I tell you that in competition everyone wants to be first? Of course, this is nothing new. This principle works in every sphere on Earth and in space. This led to the space race between the and the United States, it caused... 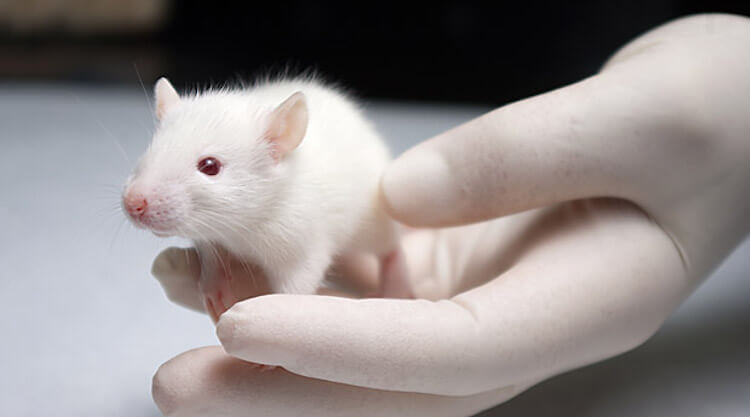 Now in the world there is a pronounced cult of the body. It's not so bad, and when you're surrounded by beautiful people — it is always a pleasure. Especially want to reach out to them and that our world becomes a little mor...